So, this month we’ve taken a wander through Richard Wiseman’s book Quirkology: The Curious Science of Everyday Lives.

Richard Wiseman is a truly interesting scientist and psychologist. He explains complex points on human interaction in an engaging and anecdotal way. He also really knows his stuff, having given lectures to the Royal Society and run experiments on Tomorrow’s World, as well as holding a doctorate in psychology and learning the ropes as a magician.

My feeling on finishing the book is that it’s definitely more about psychology than science. But for me that made it all the better.

For anyone who spends any time studying data and trying to interpolate meaning from it, this is a thought-provoking read. There are numerous examples cited by Wiseman, where it looks like Thing A is being caused by Thing B, and yet the causality actually runs the other way – in actuality Thing A is causing Thing B. I’ll go on to show some examples of this below.

It’s also very strong on suggestibility and lying, describing how a third of all human conversations involve some sort of deception. This strongly suggests that our customers are lying to us as well – critical to understand in the world of customer support and experience.

For today’s snack I’ve gone all fancy with a pistachio and date bar. So grab a treat, and let’s go… 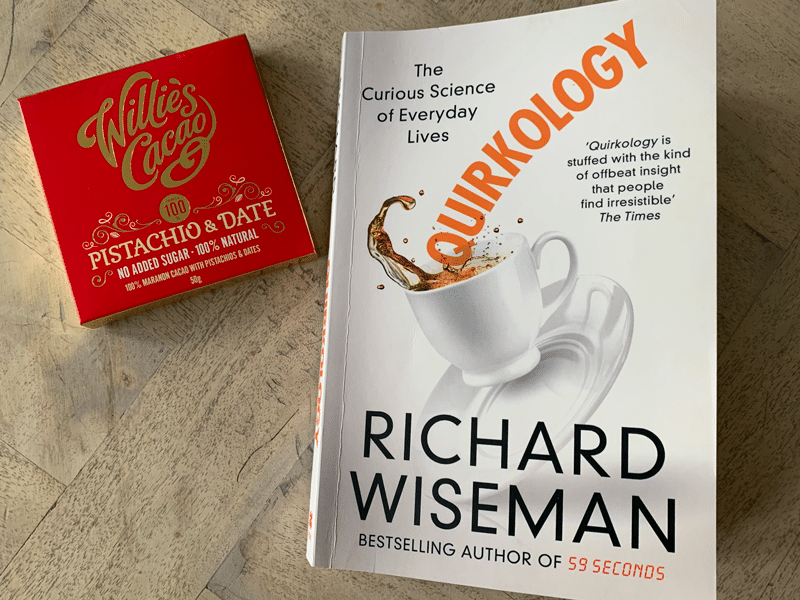 Quirkology isn’t a hefty business tome but a light read full of really good bitesize experiments and anecdotes. Easy to dip in and out of and definitely worth a read if your job involves making sense of people and data – Lindsay

More from the Customer Thermometer library is at your fingertips…