Ever since I first visited Walt Disney World in Florida at age 9, I have been entranced by all things Disney. It’s only very recently however, listening to a podcast where Walt Disney The Biography by Neal Gabler was recommended, that I started to think about the man himself – both as a creative and a businessman.

Given his huge cultural influence on the US, and the world, it’s surprising there haven’t been more studies of him. Many of us will have walked past his statue at WDW or seen his name on the titles of a cartoon, and accepted the hazy view of “Uncle Walt” which has trickled down through the years since his death in 1966. 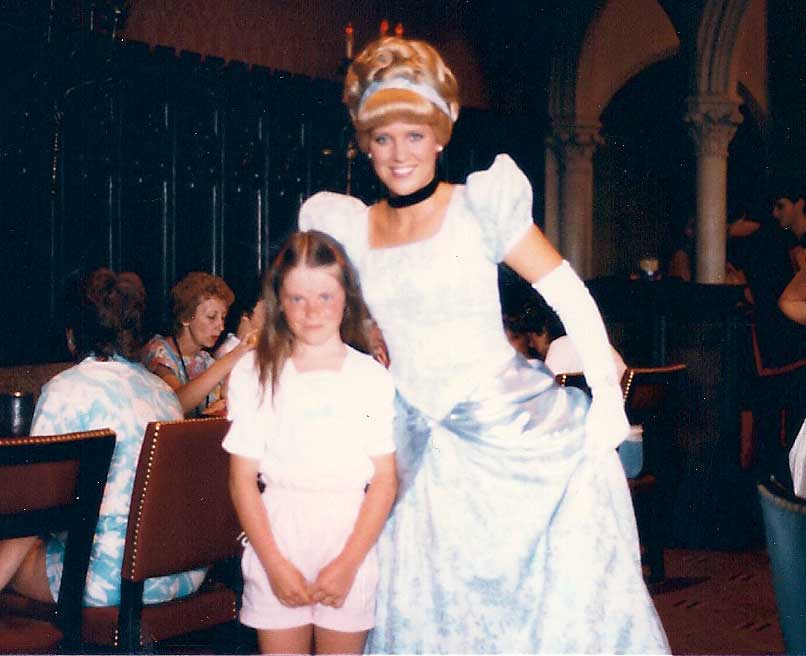 Me in Sleeping Beauty’s castle, WDW in 1986. (I’m the one on the left, sadly). My mother bet me I wouldn’t use this picture, and now she owes me a glass of wine…

Walt Disney’s story is more obsessive, more reclusive and more of a rollercoaster than I could ever have imagined. Gabler sheds light on a fascinating cultural figure, whose vision from the very start was breathtaking in its ambition. Having recently read biographies of both Steve Jobs and Elon Musk, I was reminded in many ways of both of those men, by the Walt that Gabler describes.

There’s lots to be discovered in this biography. If you read it, you’ll learn about the creation of one of the world’s most valuable brands, as well as finding out how icons are created, narrated and sustained. You’ll be surprised at how often the Disney company flirted with bankruptcy, and how the Disney parks started life. It wasn’t at all what I was expecting, and I loved it.

Here are my top 5 takeaways and quotes:

Disney’s original passion wasn’t for customers as people (in fact it’s clear from the book that he wasn’t a ‘people person’ at all). Instead, his focus was a relentless focus on innovation so that he could create a perfection that blew people away. In the earliest days, that came from doing a series of world firsts such as cartoons with music, cartoons with talking characters, color cartoons and more.

2. Doing what’s needed to survive and learning from it.

Disney’s company history is littered with a ton of output that he either didn’t want to do, was forced to do, or simply didn’t seem very interested in. This ranges from embracing the very lucrative Disney merchandising because Walt became annoyed at the shoddy bootlegged Mickeys on the market, (he outsourced it and forgot about it.) Through to creating ads and war films because they paid the bills during the hard times. It’s clear Walt and the company learned a lot about getting pictures out faster during the war.

In the same vein, Disney didn’t set up to build a brand for children, but the finances took him that way (often the revenues from the toy merchandising and the Mickey Mouse based clubs saved the company’s bacon).

Walt’s style grated on many and as the company grew, some employees felt ignored and disenfranchised. But (often grudgingly) most admitted that his passion for excellence drove them to achieve things they’d never even dreamed of before. The Disney studio produced breathtaking work, and the employees were constantly inventing new ways of art working the cartoons; even cobbling state of the art cameras together from spare parts of other machines, because the market’s offering at that time couldn’t support Walt’s exacting vision.

As Gabler said, “[Walt was] Always a perfectionist. Obsessive about that. But, early on, there was a real sense of camaraderie, a sense of spirit, a sense of mission. ‘We’re gonna make the greatest animations ever.’ That all emanated from Walt.”

The biggest surprise to me in this biography was how laissez-faire Walt was about money. He literally spent what he liked on the company and expected his brother Roy to find the money to finance it. It was also a surprise that only Snow White and Dumbo were ever really successful for the Disney studio in the early years, and almost everything else they created, lost money.

Roy Disney, Walt’s brother, provided immense commercial drive and financial wizardry behind the scenes. There are literally dozens of crux points throughout the history of the Disneys’ business where it would have gone under, were it not for Roy’s ability to negotiate, restructure and refinance.

5. The power of attention to detail.

Walt would wander around the Disneyland park at 4am. He also had an apartment above the fire station on Main Street USA in the California park where he would often stay the night. Just some of his obsessive behaviors included: he would time how long it took park attendants to pick up cigarette butts. He would move trees just centimetres one way or another to get the perfect look. He demanded that the pavements changed in color and texture between the different lands in the park. He had a large embankment built around the park so that, once inside, you couldn’t see the outside world to detract from the experience.

The biography’s author, Neal Gabler, said in a recent interview that Walt’s, “greatest legacy was his mindset that you could look at the world and impose your will on it. You could control a world that seemed so out of control. He seemed to make dreams come true. We feel the same affinity. If Walt can do it, we can do it. It’s a powerful legacy.”

About the author: Lindsay Willott is the CEO of Customer Thermometer, the customer survey antidote.

Enjoyed this? Check out some more of her book reviews. Once every few weeks she reads a new book that touches on excellence, business, customer service and growth. Here are a few more of her reviews you might like to read:

–StartUp Land – The story of Zendesk’s foundation and meteoric rise, by its founder Mikkel Svane.

–The Everything Store – this book chronicles Amazon’s fascinating story.

–Black Box Thinking – one of Lindsay’s favorite books of the year so far. How feedback is at the heart of marginal gains and successful change.

Embed a survey in an email – get great email feedback