Emoji, emoticons, icons and star and smiley ratings are all around us but how much do we really know about attitudes to their use in business?

We wanted to find out! So we commissioned independent research; asking 1000 US citizens how and when they use emoji, especially in business. We got real insight into in the way they communicate with colleagues, and interact with and feed back to brands.

We put together a full report on our findings, with some background on emoji and how they’ve become part of our everyday lives. Click here, or click on the image below: 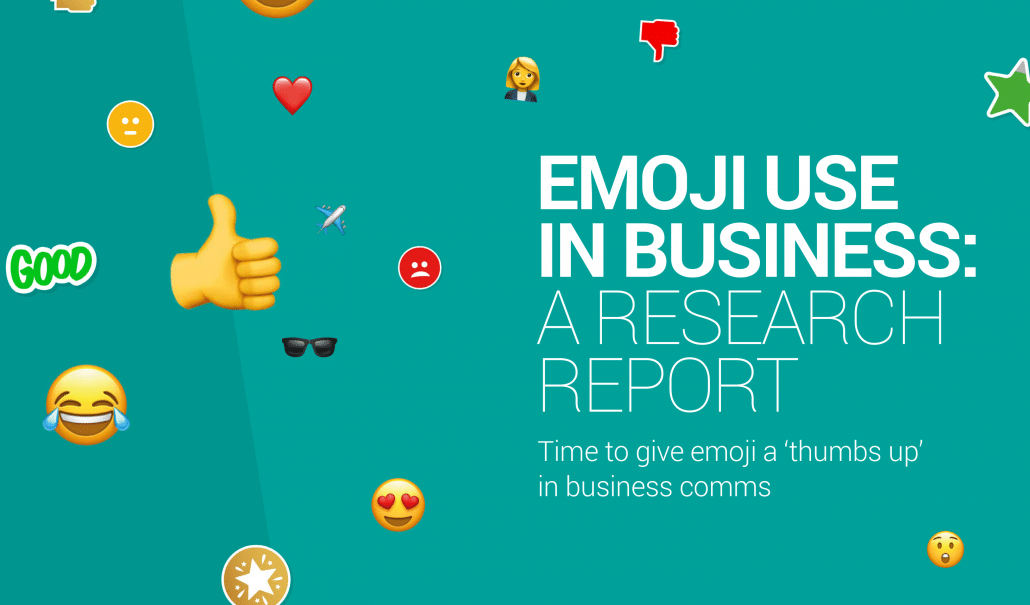 If you wanted something to skim through instead of a full report, here’s an infographic of the key statistics:

This is across all social media, messaging, emails, etc.

It seems more women are using emoji than men.

3) But, men who DO use emoji actually send more than women

This is across both work emails and collaboration tools like Slack and Teams.

This is because they believe it helps to convey a ‘tone’.

One in five Midwesterners state that they never use them.

11) Interestingly, the over 55 have less of an issue with a boss sending an emoji to them at work

12) 27.9% of respondents said they find bosses using emoji to be reassuring

So the best way to engage with customers is to use emoji in tweets, Insta and Facebook posts, above all else.

14) But… just over a third of those aged 55 and over find emoji use by brands to be unprofessional.

Bear in mind that if you are targeting those aged 55+, you might want to avoid using emoji… 💩

16) The channel Americans typically use to feedback is survey form

The most commonly used format is the long form survey at 38.2%.

17) However, over half (53.5%) of Americans would prefer to give feedback via a button embedded in an email

Maybe it’s time to switch it up? We can help with that…

That’s a lot of feedback to miss out on!

19) When asked how they felt when they last gave feedback, the vast majority of Americans (68%) wanted to share positive feedback

Getting feedback doesn’t have to be a bad thing! ✅

20) When asked which emoji they would prefer to use to convey positive feedback, nearly half would choose a ‘thumbs up’ 👍 (49.1%)

Want to improve your customer survey response rates? Customer Thermometer’s 1-click survey will up your feedback game. Send yourself an example: